"No Dig" Pipe Repair.
Guaranteed solution to fix your pipes.

How Does It Work?
Top 9 Reasons
25 Year Guarantee

Your Pipes As Good As New!

Pipe relining is a cheaper and more effective way to fix broken and damaged pipes. Traditional methods included the digging up of the yard and concrete slabs and dismantling walls - in order to replace the broken or damaged pipe completely.

Relining drains and sewer pipes involves inserting a pipe liner into the existing drain pipe. The liner then becomes permanently fixed to the surrounding pipe, essentially replacing the pipe from within - all without the need to dig your yard up!

If you have been doing some research on pipe relining systems - you've probably seen a few different types. (Some are different colours.) And like most people you are probably assuming they are all the same.

However, be aware that there are some major differences to the products - especially the quality of the final end result.

One of the main differences is how our product actually flows into the joins and cracks of the pipe before setting. This gives the pipe a secure seal. The inferior product doesn't. It leaves a gap and allows material and especially tree roots to grow into these crevices and cause repeat damage in the near future.

When getting your pipes relined, please insist only on Watermark Approved and Brawoliner products. Jetset Plumbing provide pipe relining services in Brisbane and the Gold Coast.

How Does It Work?

Our process starts with a thorough customer consultation.

We then water jet the drain with our high pressure 5000 PSI drain cleaner to remove any obstructions such as tree roots and to clean the pipe.

Using a CCTV drain camera, we inspect the entire drain to determine and locate any problems such as holes or cracks within the drain.

A custom made bladder and liner is inserted into the drain and placed into position spanning over the damaged section.

The bladder is inflated with compressed air which expands and forces the epoxy resin filled liner to conform and bond internally to the existing pipe.

The liner is left to cure creating a solid pipe within the pipe.

Once the liner is cured, the bladder is deflated and removed leaving the newly created pipe set in place.

A final CCTV inspection is conducted and the pipe is ready for full use.

Top Reasons To Reline Your Pipe


Your property is not disturbed. "No Dig" technology.

Repairs are carried out quickly.

Free camera inspection every year for your peace of mind.

100% Satisfaction Guarantee or your money back!

With more 5 Star reviews than any other plumbing company.
More locals choose us.

Bradley Harvey
Aug 08, 2021
I would highly recommend this business. Matt was on time and extremely professional, he explained exactly what was needed and the pricing upfront. The work was completed quickly and to a very high standard I will definitely be using them again. Thanks Jetset.

Mike Hutchens
Jul 31, 2021
Glen was brilliant - as we have come to expect from Jetset. He turned up on time, walked us through what was needed and then quickly and efficiently completed the task. Glen was super friendly and our dog Frankie has a new best friend! Thanks Glen.

Amilcar Cruz
Aug 11, 2021
Great service. When I asked Matt questions he answered them professionally. He showed me the problem and told me what he was going to do before he did it. I always use jetset plumbing for my problems and recommend them to everyone

Lucy Keeley
Aug 12, 2021
I have used Jetset plumbing several times and I'm always happy with their service. Mike was on time, thorough and helpful and I would definitely recommend him or any of the wonderful staff at Jetset plumbing.

Cathy Lambion
Aug 03, 2021
Tom was fruendly and easy to deal with

Phillip Karfs
Aug 12, 2021
First time customer and will absolutely be using their services again! Very professional, timely and all-round fantastic to deal with.

Caroline I
Aug 09, 2021
I highly recommend Jetset Plumbing. Booking was easy. Jordan arrived promptly and provided expert professional service. Friendly and approachable, Jordan happily answered all my questions. The work was outstanding. All work quoted at very reasonable rates prior to commencement. Clean and quality work completed. Above and beyond for quality and customer service.

Rachelle King
Aug 18, 2021
We had an underground pipe leak and needed a no dig pipe repair. Tom was excellent. He arrived on time and was very friendly. He was very polite and courteous and was very thorough in explaining the work that needed to be carried out. Tom did a great job and I’m very happy with the result. I highly recommend the Jetset Plumbing. Thanks team!

Repair Pipes With No Digging

Durability For Over 50 Years

Why We Guarantee For 25 Years

We offer a 25 year guarantee on our workmanship and the pipe lining product!

We also offer an annual inspection of your relined pipework free of charge. So you have absolute complete peace of mind.

Jetset Plumbing use WaterMark Approved and Brawoliner technology for all our pipe relining.

The Brawoliner was designed specifically to repair damaged pipes for a wide range of materials, diameters and difficult situations.

We find Brawoliner technology to be far superior than other pipe relining methods that may be used by other plumbers. 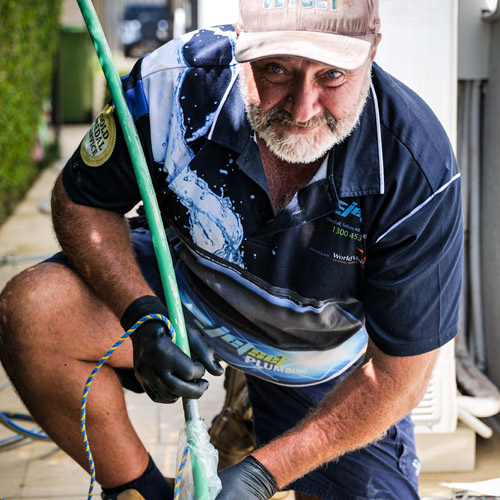 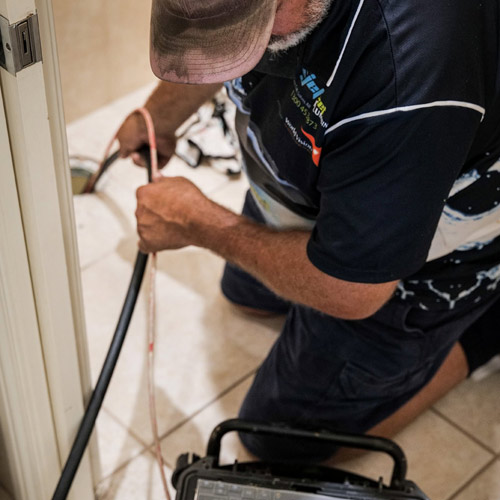 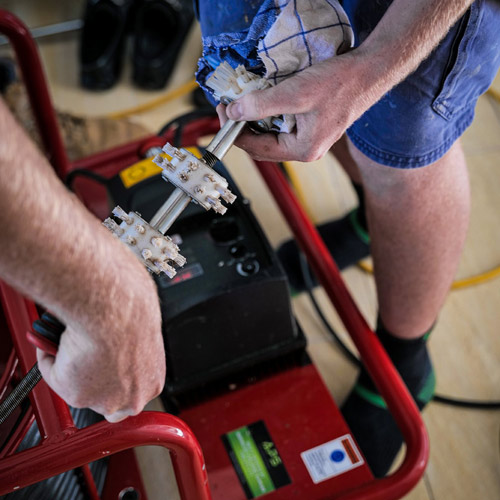 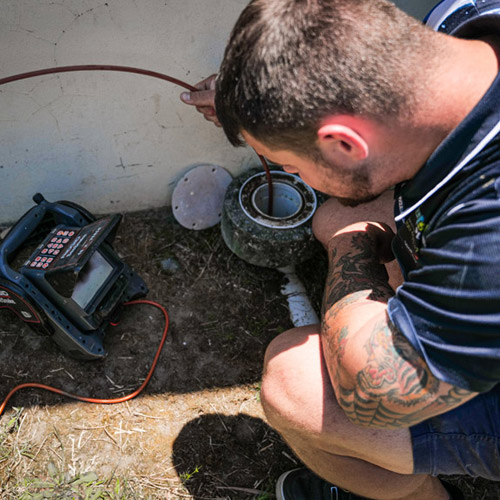 What is Pipe Relining?

This keyhole technology avoids the need to dig up and replace the pipe. This means that businesses can get back to work faster (saving time and money), and you and your family can get back to using your plumbing in just a few hours.


What Are the Benefits of Pipe Relining?

1. It Solves a Wide Range of Pipe Issues.

Pipe relining can solve a variety of pipe issues. Cracks, deformities, leaks, rust, and breakage are all easily repaired with the proper materials and methods.

If you don't want to spend the money needed to replace the entire pipe system, pipe relining is a cost-effective solution. It's also relatively quick, which means labour costs won't be as high as with full pipe replacement. The materials used will also not break the bank. When you combine these benefits with the fact that no substantial construction work is required, pipe relining is often far less expensive.

3. It's Fast and Convenient

You may think that any work involving plumbing pipes will be time-consuming. This is generally true, especially when considering pipe replacement, excavation, and construction work. Pipe relining is an exception since it eliminates the need for extensive excavations, pipe removal, and replacement. This saves time spent waiting, overseeing repairs, and plumbing downtime. Downtime should always be kept to a minimum when it comes to your plumbing, especially when it's going to impact your business.

4. No Need to Dig Up and Damage Your Property

If you're worried about the damage and noise that your pipe repairs can produce, don't be! Because there is no significant excavation or construction required. pipe relining minimises disturbance or harm to the surrounding region and eliminates noise. This is especially true if the pipe runs under your house or driveway.

5. It's Highly Durable and Long Lasting

A relined pipe will last for decades. The materials used are typically stronger than the original pipe, making your pipes more resistant to damage. It also provides you with peace of mind because you won't have to worry about your pipes.

Jetset Plumbing offers a 25-year guarantee on our workmanship and pipe relining products.


When Do I Need Pipe Relining?

If your property is experiencing plumbing blockages, leaks, generating unusual sounds, odours, or sink holes are forming, it may be time to consider pipe relining.

If you feel this is the case, our team of pipe relining experts can use CCTV pipe inspection cameras to look for any obstructions or damage. Using water jetting / pipe cleaning equipment, we may clear up the region for a thorough examination to determine if pipe relining is the best option.


How Long Does Pipe Relining Take?

When compared to trench excavation and replacement, pipe relining is quick and easy. Most relining can take anywhere from 4 hours to a day, depending on the severity of the damage, length of repair, and placement of the pipes. Larger commercial jobs may require more time.


What is the Process of Pipe Relining?

Our Pipe Relining process is completed through a 6 step process.

Our process begins with an in-depth customer consultation.

The drain is then water jetted with our high pressure 5000 PSI drain cleaner to remove any blockages such as tree roots and clean the line.

We inspect the entire pipe with a CCTV drain camera to assess and locate any issues, such as holes or cracks.

A custom-made bladder and liner are moved down the drain and positioned over the damaged area.

The bladder is inflated with compressed air, which causes the epoxy resin-filled liner to mould and bind to the existing pipe internally.

The liner is allowed to cure, resulting in a new solid pipe within the pipe.

When the liner is ready, the bladder is deflated and removed, leaving the freshly formed pipe in place.

A final CCTV inspection is performed, and the pipe is now fully functional.


Are All Pipe Relining Services the Same? 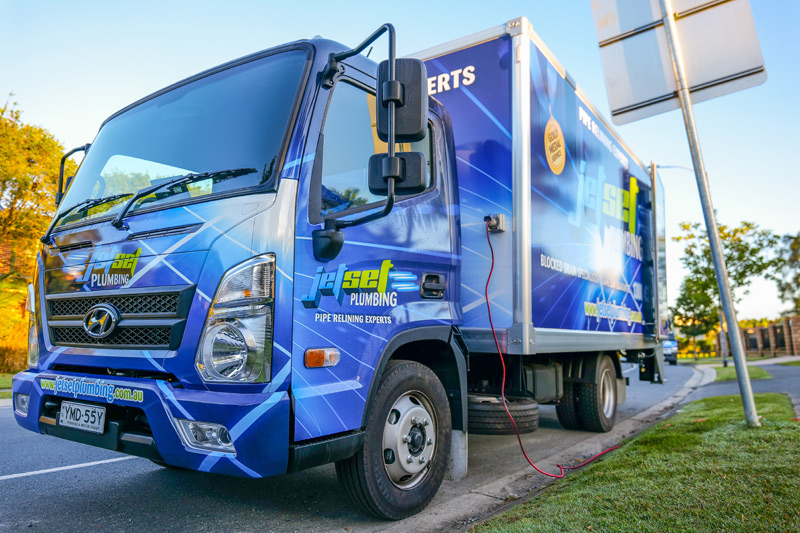 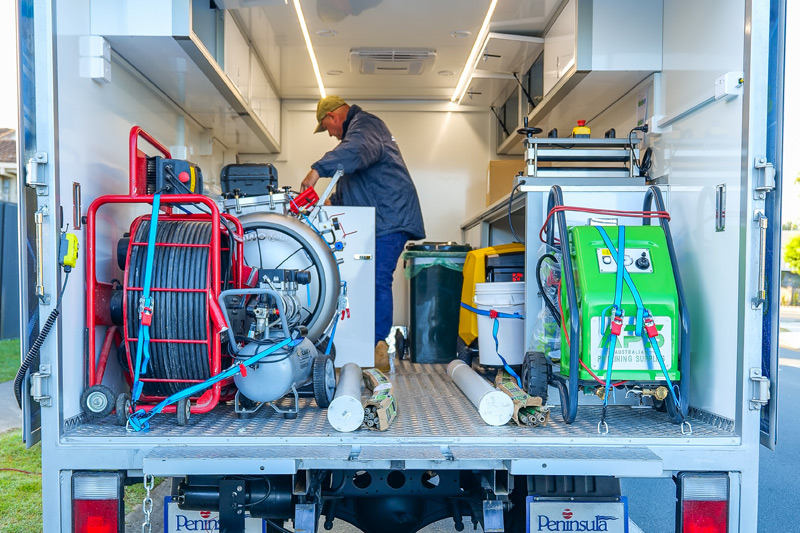 Had an unexpected plumbing need, Rhys arrived promptly, was very professional, completed the job fantastically and the price was very reasonable. Will definitely use Jetset again.

Joe arrived on time for our appointment, to remove a gas cooktop and switch off the gas. Joe was courteous, efficient and knowledgeable. We were very happy with the work he completed and will be keen to use Jetset’s services again.

Matthew was very polite, knowledgeable and helpful. He was able to quickly ascertain exactly what the problem was and fix it. I will definitely use this business in the future.

Matt was punctual, professional, very personable and neat. Would highly recommend the company.

We had Jetset come out to do a install of some taps. They were amazing, prices were very fair, workman was lovely. They even gave us some advice on our hotwater service and when we should be looking at replacing it. We will definitely be using this company again.

Zane and Gavin were first class, assessed the complex situation and provided advice about what next. Great service.

Stuart was great, he investigated and found the leak, gave us options for tap and toilet replacement, was quick to pick up the replacement parts and to install. The quote was accurate and the job was done well.